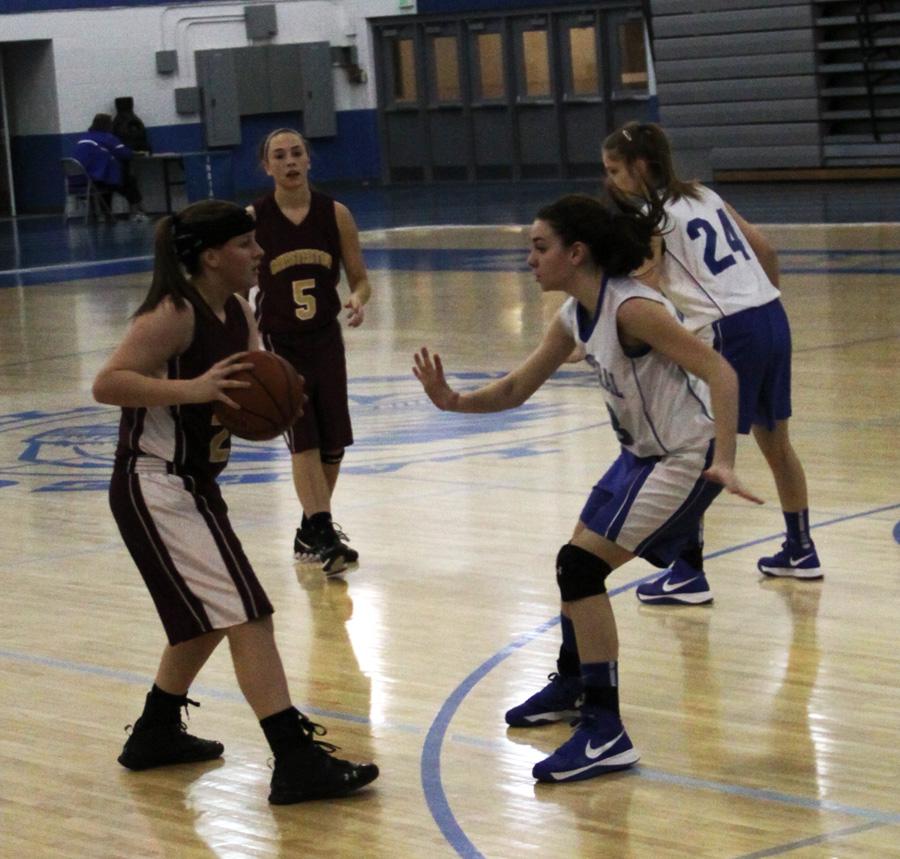 Nicole Verdeyen (9) and Gillian Saternus (9) block two Chesterton players at the Freshman Girls Basketball Conference Championship on Jan. 14. The girls won the conference with a score of 37-34.

On Monday, Jan. 14, the freshman girls basketball team went head-to-head with the Chesterton Trojans for the Conference Championship.

“It was really nerve wracking going into [the game],” Zhanae Howard (9) said.

As the game began, the Trojans were in the lead with the Indians following close behind. The first period ended with a score of 4-6 Chesterton.

During the second period, LC started to catch up. The period ended with Chesterton up by just one point.

At the end of the final period, the Indians were victorious with a score of 37-34 and are now Conference Champions.

“It was a great team effort. They won a conference with this one tonight,” Freckelton said.

The girls will play Merrillville at home for their final game on Jan. 17.