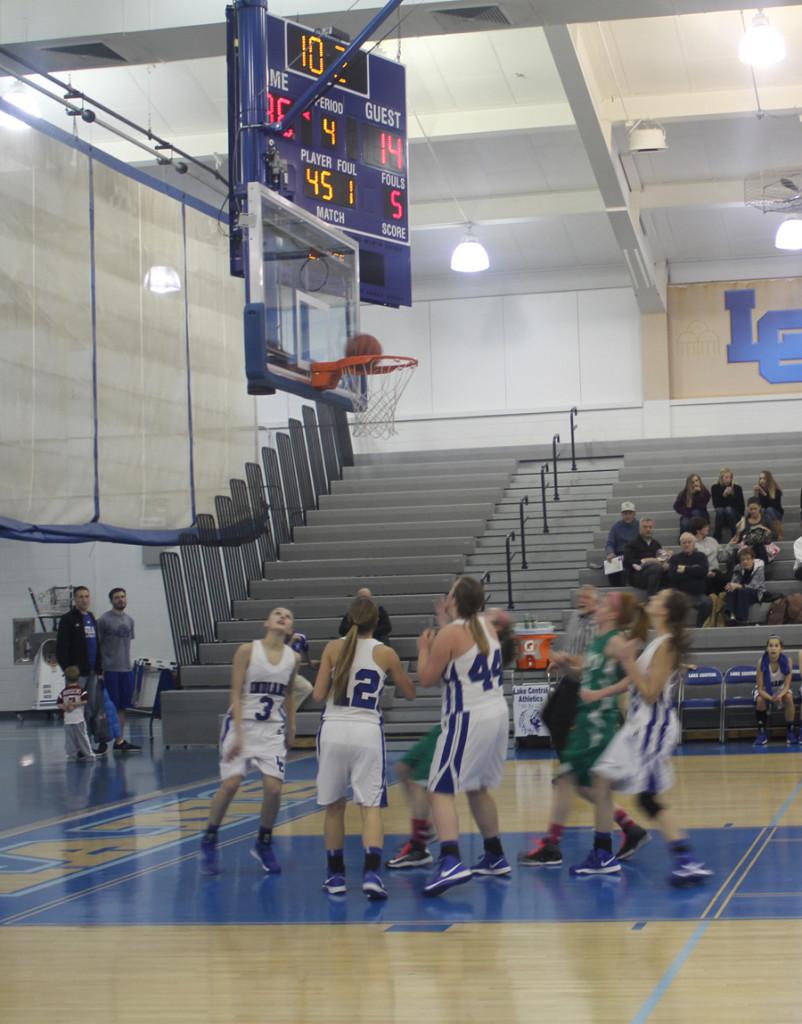 “In the beginning, our coach gave us specific roles. We all tried our best to stick to those, and I think that was our key to success,”Jennifer Einterz (10) said.

During the game, the players stayed on the opponents they were assigned to guard. There were few fouls by Lake Central throughout the game.

“We definitely did our best during the third quarter. Our defense was on top of our game,” Einterz said.

Valparaiso scored no points during the third quarter, and by the start of the fourth, the score was 31-5, with the Indians leading.

“I think the reason we prospered was mostly because of our defense. Everyone just played with 110 percent effort,” Melia Gonzalez (10) said.