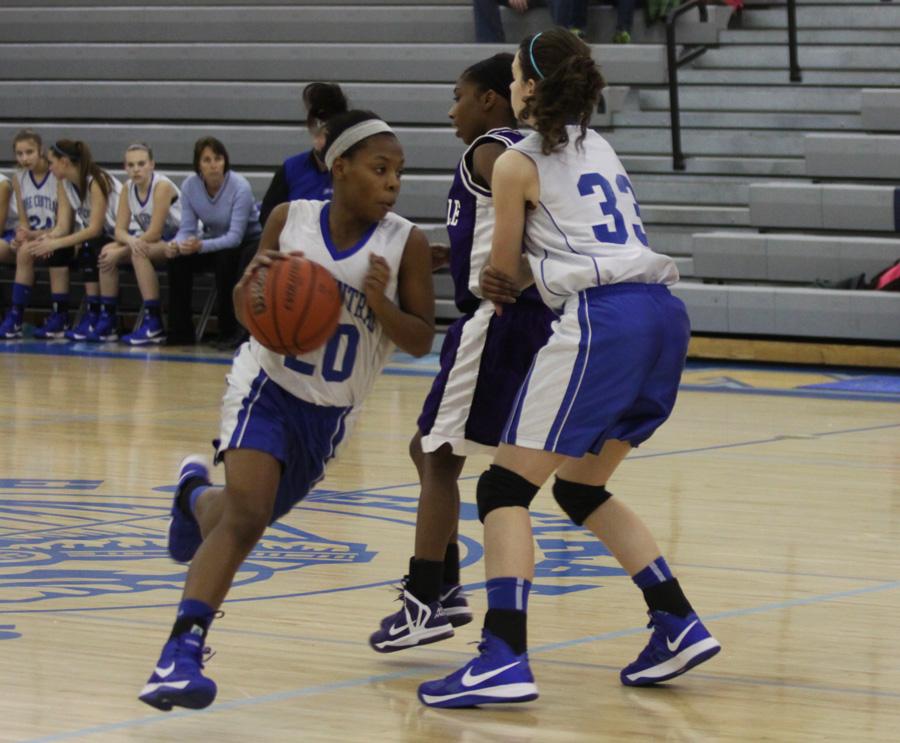 Zhanae Howard (9) and Renee DiNino (9) work together at the basketball game against Merrillville on Thursday. Howard took the ball down the court while DiNino was on defense.

The freshman girls basketball team is maintaining their undefeated record after earning another win against Merrillville on Thursday, Jan. 17. The final score was 45-36.

“We are working on defense, and as of right now we are undefeated so we’re hoping to keep it that way,” Mr. Scott Freckelton, Math, said.

The girls used teamwork to achieve their goal of winning.

The game stayed pretty close throughout with the Lake Central girls pulling ahead to end the game. This was the last game for the girls this season. They stayed undefeated for the whole season, 16-0.

“It was really sad that it was over but i’m taking a break from basketball so it’s bittersweet,” Rylee Friel (9) said.