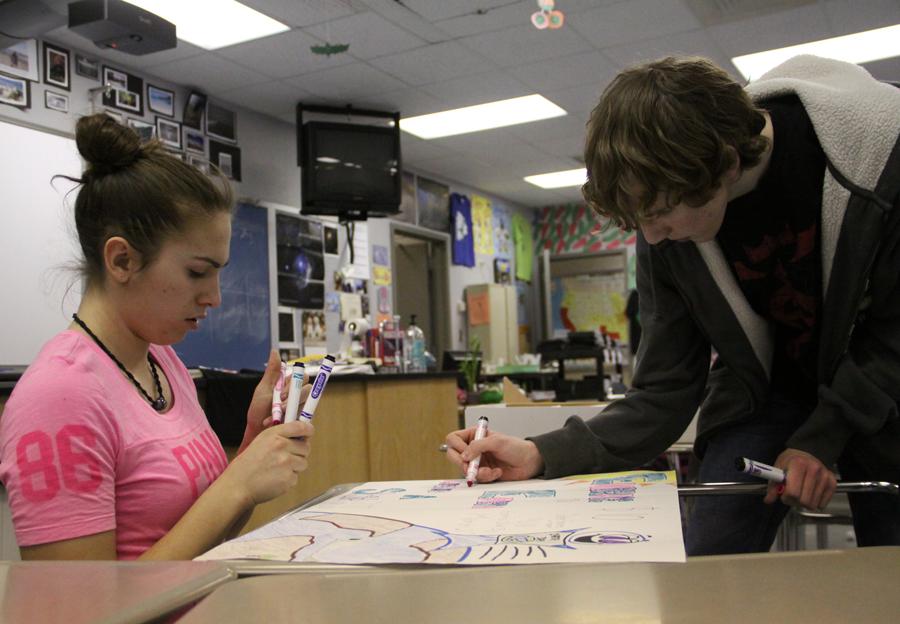 Brianna Dougherty (10) and Brandon Kozel (11) color posters to advertise the new Earth Day T-shirts they will be selling in the near future. The club started four years ago and has been active ever since.

“[The purpose of the meeting was] to get advertisement out by posters to advocate helping the Earth on Earth Day. It’s kind of a commemorative T-shirt we do every year,” Brandon Kozel (11), president of LCEC, said.

The club members take part in activities like cleaning up beaches, parks and roadsides.

“At first I didn’t know what [the club] would be about, but I wanted to join it because I helped out at Homecoming with the posters and stuff and I saw how everybody got along and how they were promoting wellness towards the Earth and that’s something we should really worry about, not just for us but for future generations,” Brianna Dougherty (10) said.