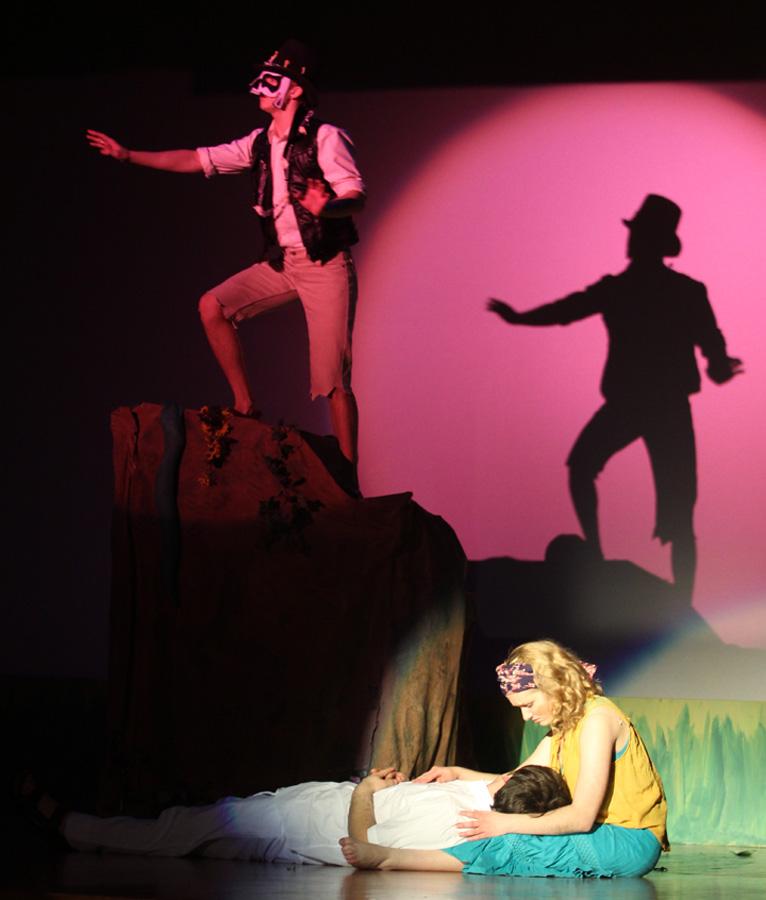 On Sunday, March 10, members of Lake Central Theater Company struck the set of “Once On This Island.” Boards were unscrewed and nails were removed as the spring musical came to a close.

“The musical [sent] the audience a message that [went] straight to the heart, which is that it is better to have loved and lost than to have never loved at all,” Zachary Buntin (11) said.

This was the last production for multiple seniors.

“The show [was] like a fossilized dinosaur. Once all the bones fit together, it makes the biggest, baddest T. rex ever” Jacob Quintanilla (12) said.

Approximately $1500 was raised on Senior Night, Thursday, March 7. All of the money raised will go to scholarships given to the seniors. Students had to apply for the scholarships, and three will be given out at the theater banquet in May.