Containment Returns From a Month of Rest 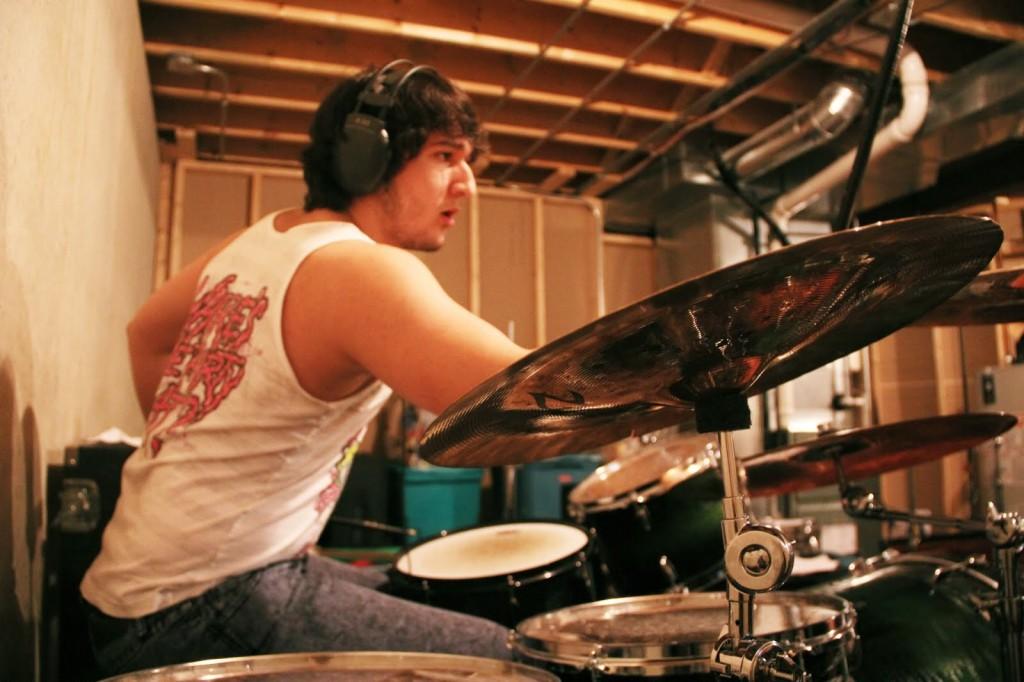 Jacob Quintnilla (12) playing drums in his band Containment. They have a show the 15th.

The weather is not the only thing warming up; Containment, composed of Jacob Quintanilla (12), Anthony Wells (12), Sawyer Fidel (12), and David Matthews (’12), warms up from their hiatus to play a house show on March 15.

“We’ve been a band for five months but I’ve played with Jake since freshman year. We play stuff ranging from blues to rock to metal,” Matthews said.

The group works on perfecting their music skills during their break in January.

“While we were off for a month we worked on our individual parts and instruments. Like I worked on drums, Anthony wrote lyrics, and Dave worked on guitars. When we all came back together we combined what we worked on and composed songs,” Quintanilla said.