Freshman Baseball Takes a Swing at the Bulldogs 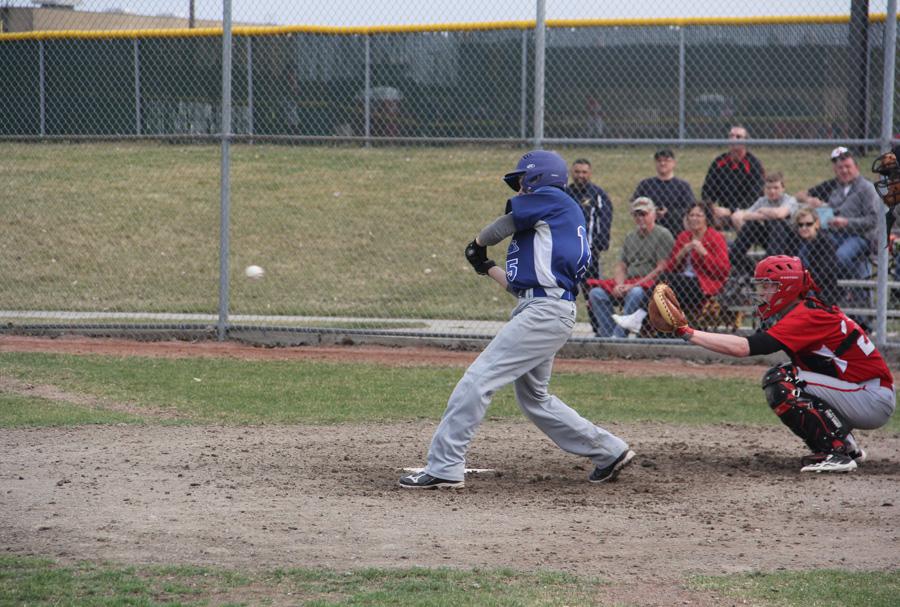 Ryan Ruthrauff (9) swings at the first pitch of the bottom of the first inning. The ball soared to the fence which gave Ruthrauff a double.

It was 4:30 p.m. and slightly overcast on April 9. The freshman boys baseball team was rallying in their huddle mentally preparing themselves for the big game against their rivals, the Crown Point Bulldogs.

“[The first pitch] was a fastball straight down the middle. I was expecting that. Before the at-bat my coach told me to get us started off the right way. I did what he said by hitting that first pitch all the way to the fence,” Ryan Ruthrauff (9) said.

After the first inning Lake Central was up 1-0. As the wind change sent the temperature down, the boys’ spirits and momentum deflated as well.

“I feel we played well, but we made some mental mistakes at the plate and on the field that cost us the game,” Maxmilian Radziejeski (9) said.

Even though they lost 1-5, Lake Central will have two more chances to beat Crown Point this season.

“I feel the next game we’ll do 10 times better than this game. We’ll know what to expect and we’ll prepare ourselves physically and mentally better than we did this time,” Ruthrauff said.

The boys will meet up with Crown Point again on May 29, at Crown Point.