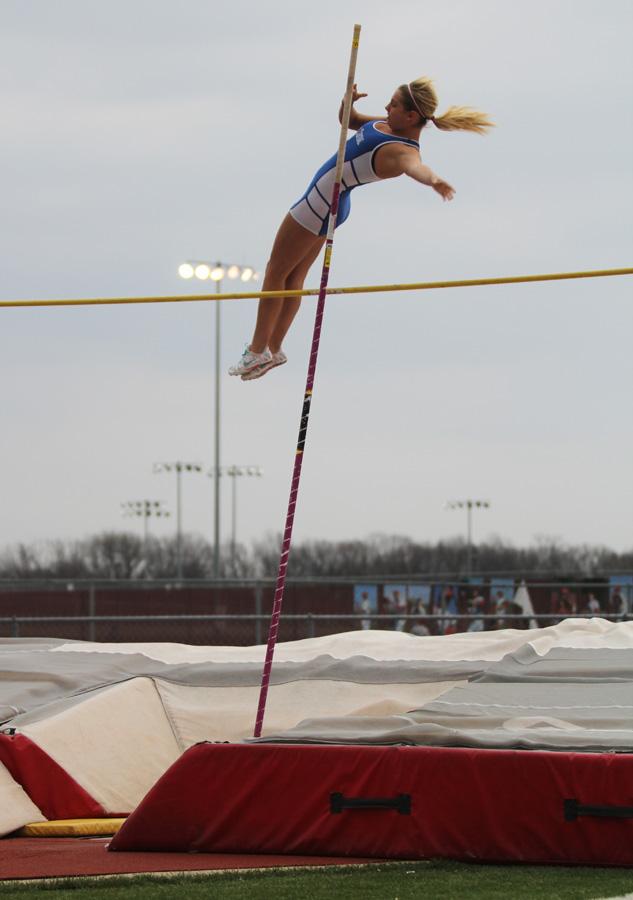 Andi Wartman (10) thrusts herself over the eight-foot bar at Crown Point. Wartman cleared it, helping the team take first.

The girls track team headed to Crown Point on Tuesday, April 9. They defeated Crown Point and Portage in their first outdoor meet of the 2013 season.

“Every girl goes out on the track with a lot of nerves, but after the race is over, I always feel a sense of achievement, like all my hard work paid off,” Isabella Giovane (10) said.

The pole vaulters also made a statement at their first meet. Three of the six girls who compete in this event qualified for Sectionals. In order to qualify, the girls had to clear 11’3.

“All the pole vaulters are one big family, and a lot of what we do is for each other. Achieving this goal is a big deal for all of us, especially the two seniors,” Brooke Lambert (11) said.

Lambert, Katelyn Brown (12) and Kaitlyn Moricz (12) made LC history when they qualified for Sectionals.

“There is no better feeling than accomplishing a near impossible goal. Now all we need to do is show up to State as a trio,” Brown said.

The girls started the season off with a great win and hope it continues throughout the rest of the season.