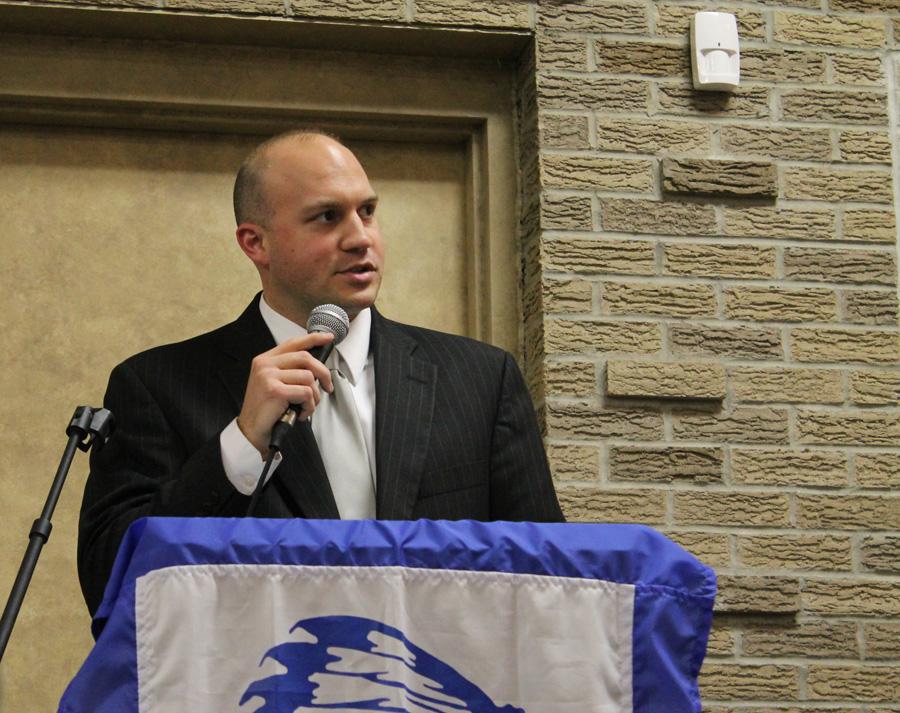 Mr. Robin Tobias, Principal, gave one of the opening speeches at the Academic Letter Winner’s Banquet on Thursday, April 11. The Academic Letterwinners Club is for those students who have received a 3.9 GPA or higher.

On Thursday, April 11, the Academic Letterwinners club held their annual banquet at Casa Maria Banquet Hall for students in the club.

“A GPA of 3.9 or higher is required for membership,” Mr. David Harnish, Science, said.

There are approximately 500 students eligible for the club. Out of those, 100 students are eligible to receive a plaque signifying they have had been in the club for seven consecutive semesters but many don’t request one.

“To have an over 4.0 you have to take a lot of AP classes which can be strenuous to balance, but once you figure out how to manage your time, it’s not that tough,” Ashley Peterson (12).