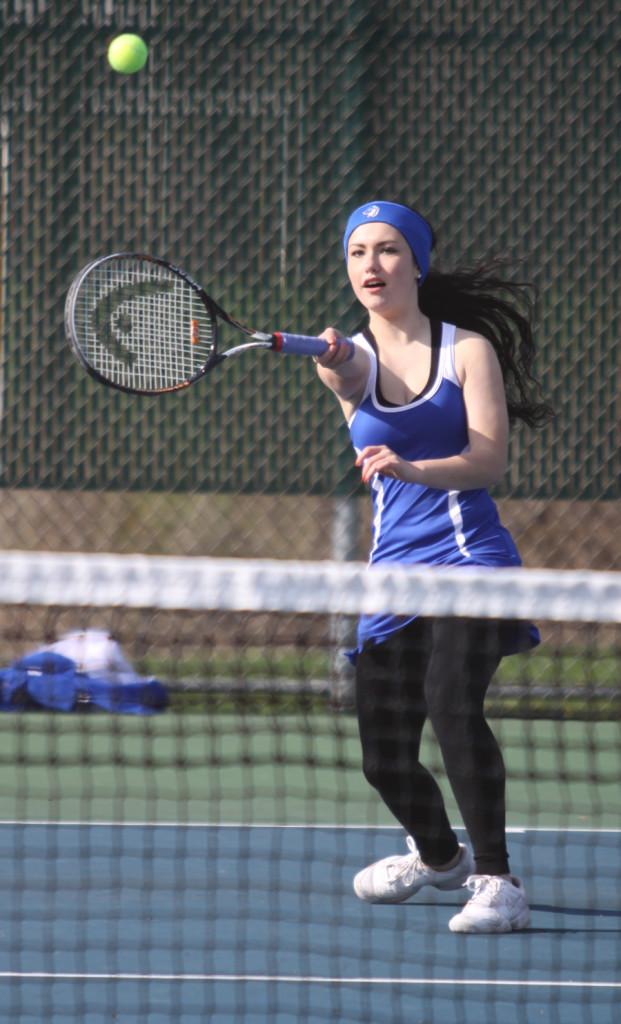 Elena Eickleberry (10) returns a serve to her Munster competitors. The JV Girls team beat the Mustangs who are a continuous rival.

“I think we did really well. We went out there and we tried our hardest and I’m extremely proud of how we played,” Andjela Jovanovic (11) said.

Jovanovic’s competed against a competitor who she claims “hit very hard”. In the end, Jovanovic won her match.

“I was actually losing and I thought I was going to lose, but the coaches helped me out with my shots and I won. I did better than I thought I would,” Navneet Kaur (10) said.

This win did not come easily for the Indians. Munster, a continuous rival for LC, is always said to be tough competition.

“We went out there pumped, tried our best, and we won. We’ve improved so much from last year,” Jovanovic said.

The team’s next match on April 30 at Chesterton High School.