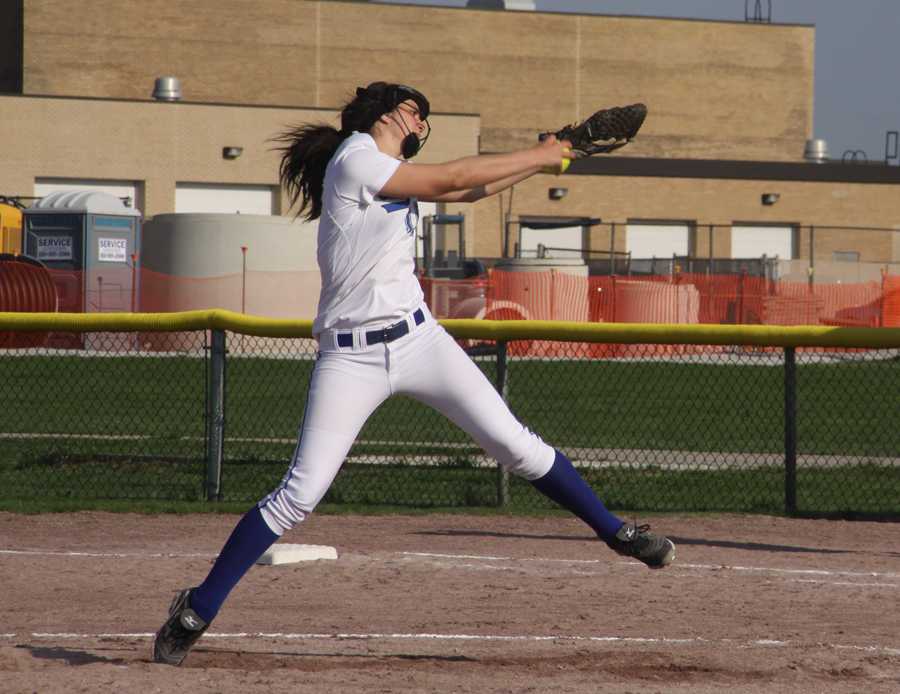 Annabel Karberg (10) pitches during the game against Michigan City on Wednesday, May 1st. The girls pulled ahead by 10 points with a score of 11-1, ending the game in slaughter rule.

On Wednesday, May 1, girls varsity softball played Michigan City at home. The girls played a dominating game and came out on top 11-1.

“It was difficult at the beginning. We underestimated the other team and started playing down to their ability so it was a shaky start,” Michelle Weber (10) said.

Despite the team’s rough start, the girls turned the game around in the bottom of the fifth inning when they scored a total of 10 runs.

“It is always great when the team is on a hitting streak because it brings energy to the entire team,” Weber said.

The energy continued through the bottom of the sixth as they scored another point which produced a final score of 11-1 due to slaughter rule.

“It was a relief to win and everyone contributed to the game,” Lilianna DelToro (11) said.

The game lifted the girls’ spirits and will hopefully push them toward more wins for the remainder of the season.

“It is going to be a challenge meeting our goals but if we keep up the hard work, we will succeed,” DelToro said.