JV Boys Baseball Slides in for a Win 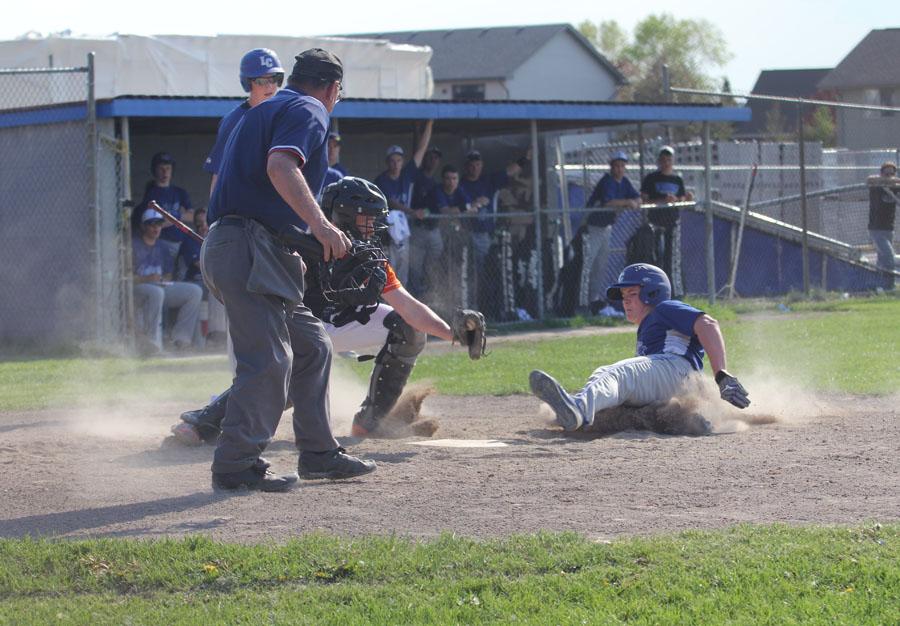 All Coach Jeff Myszak wanted the JV boys baseball team to do was to keep the energy high in their game against LaPorte, and the team delivered. The Indians scored 10 runs to 0 against the Slicers at home on Wednesday May 8.

“I think we played an almost perfect defense and we sparked off the offense early in the game and everything really just took off from there,” Kyle Hayes (10) said.

The Indians started off the game with a run by Ryan Palkon (10) after a hit by Alexander Nisle (10). The boys scored six runs by the end of the fourth inning. Pitcher Christian Sullivan (11) shined during the game with 10 strikeouts and a home run early in the game.

“It’s always going to be a tough game against a DAC opponent, but they’re a solid team. We were just able to jump on them early,” Jack Kuehner (10) said.

The game ended 10-0 after a walk by Nisle. The JV boys’ next game is May 9 at home against Portage.