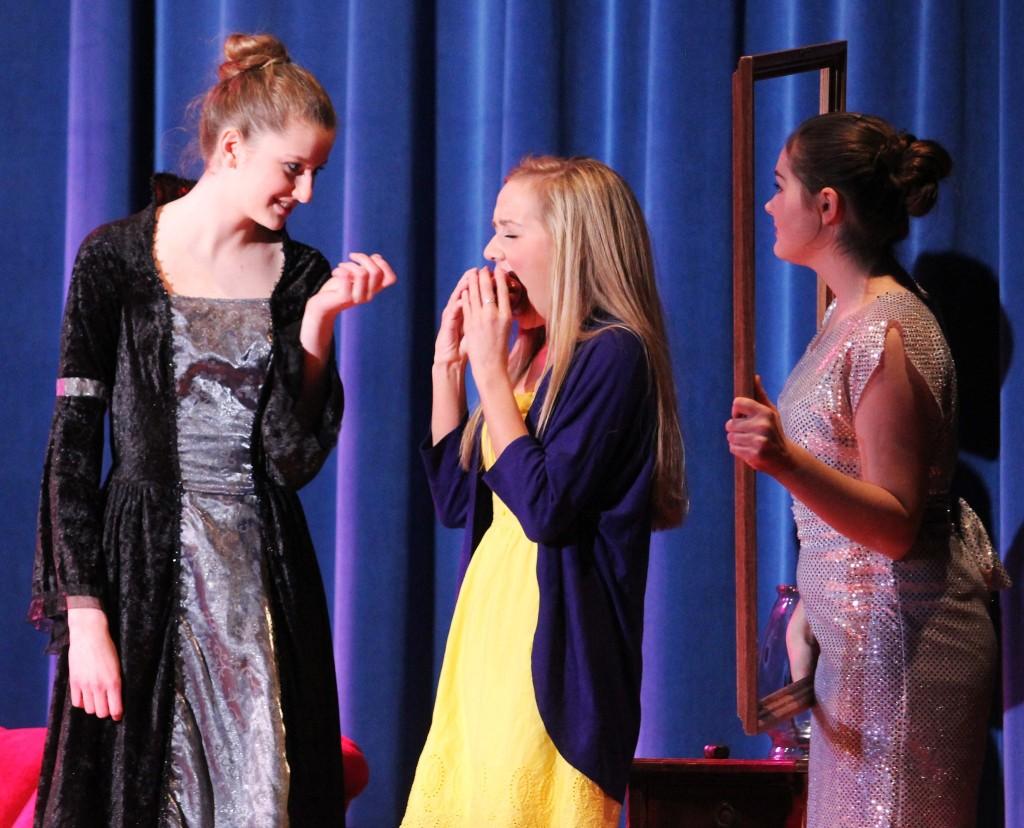 Nichole Heusmann (9), Morgan Horgash (9) and Megan Barry (9) all star in the play “Happily Never After”; Horgash takes the famous bite into the poisonous apple from the wicked queen. They presented this play on Friday, May 3.

Every year, the freshmen get the privilege of showing off what they learned over the year in front of friends, families and peers; these plays are directed by the upperclassmen.

“I like the fact that the freshmen were the stars of the show, and it gave the freshmen a chance in the spotlight,” Alexandra Adams (9) said.

“The directors were really helpful and funny. We got really close with one another,” Adams said.

The opening play was a combination of three different fairy tale princesses like Cinderella, Snow White and the princess and the frog. The second play portrayed seniors and their last few months of high school along with their plans for the future.

After a 15-minute intermission, two other plays were presented. The first play was about a boy named Alan who was taking a test but knew none of the answers. As he struggles during the test, it seems like the whole class, including the teacher, is against him.

The show ends with the classic tale starring Cinderella, and her prince charming.

“I think the plays were all really good; we had good talented actors,and actresses. Overall, it was really good,”Adams said.