Indians Dominate In the Heat 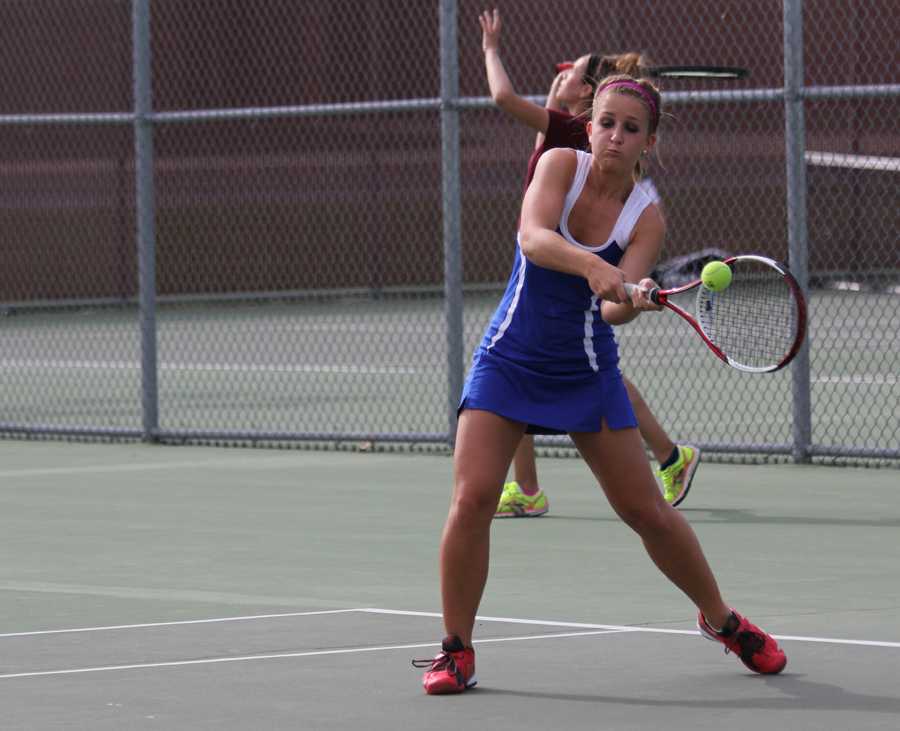 Kathryn Toth (12) executes a backhand during her match against Hanover Central. Despite her loss, LC advanced to the next round of Sectionals.

With the sun beating down on the Crown Point courts, the varsity girls tennis team came ready to play in the first round of Sectionals. Lake Central drew Hanover Central for the first match. With Hanover Central outside of LC’s conference, it was the first time this year that the teams have seen each other.

“I felt a lot of pressure, but I was excited. If we played Crown Point first, I would have been nervous. I think it helped that I came in with a good attitude,” Jory Swider (11) said.

Hanover proved to be no match for LC, who went on to win with a score of 4-1. Tonight Lake Central is taking on Crown Point, who drew a bye for the first round. During the season, LC lost against them 1-4.

“We lost when we shouldn’t have. I’m ready to come back with revenge on the girl that hit me after a point was over,” Vanessa Olsen (12) said.

If Lake Central wins the Semifinals match against Crown Point, they will advance to the Sectional Championship, played the same night.