Slamming in the Sunset 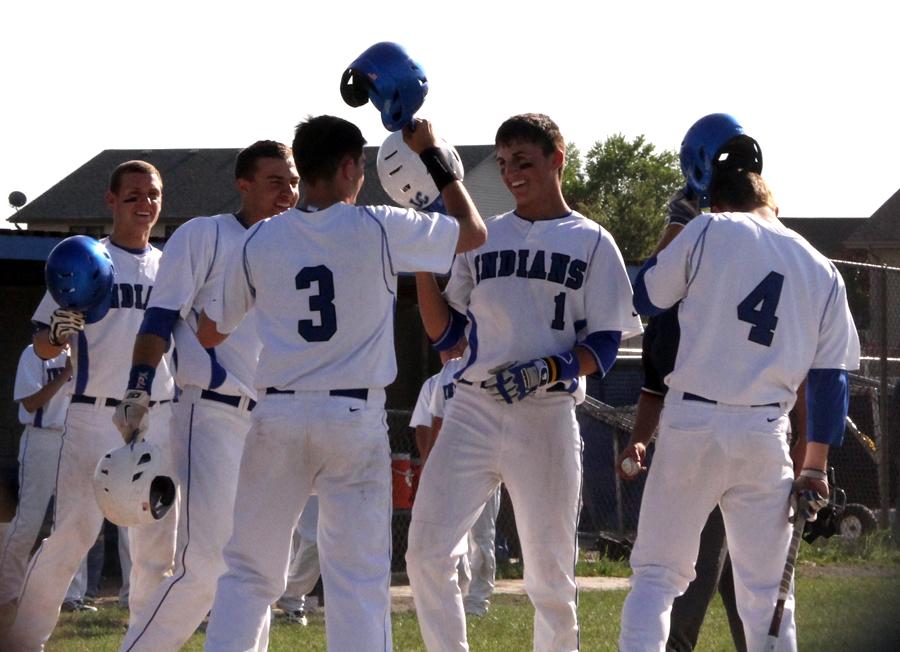 Brenden Seren (11), Ryan Burvan (12), Nicholas Kellams (12) and Alec Olund (11) celebrate after Olund’s grand slam to right field. The Tribe took the 16-6 victory over the Bremen Braves in their last game of the regular season.

The boys varsity baseball team defeated the Bremen Braves from Midloathian, Ill. on Monday, May 20.

“[We played] good. Especially right before Sectionals. We wanted to get a good game in. We like playing Illinois teams because they always think that they are better than us and we like to prove that Indiana is better than Illinois, ” Nicholas Kellams (12) said.

The final score of the game was 16-6. Alec Olund (11) contributed to the score with a grand slam.

“That was the first time I had ever hit a grand slam, so it felt pretty cool. It’s funny because I did not actually hit the ball that well. Luckily I just got under it and the wind took it over the fence,” Olund said.

Another star player of the game was Anthony Schneider (12), who hit a home run right after Olund’s.

“It felt good [to hit a home run]. This game really did not mean a lot. It was just another game to help us for Sectionals, so [my home run] boosted my morale a little bit for this Friday,” Schneider said.

Sectionals begin on May 24 at 5 p.m. against Lowell in Munster.

“[We are] very excited [for Sectionals]. [We] just want to get it going. I hope we win– we better win,” Kellams said.