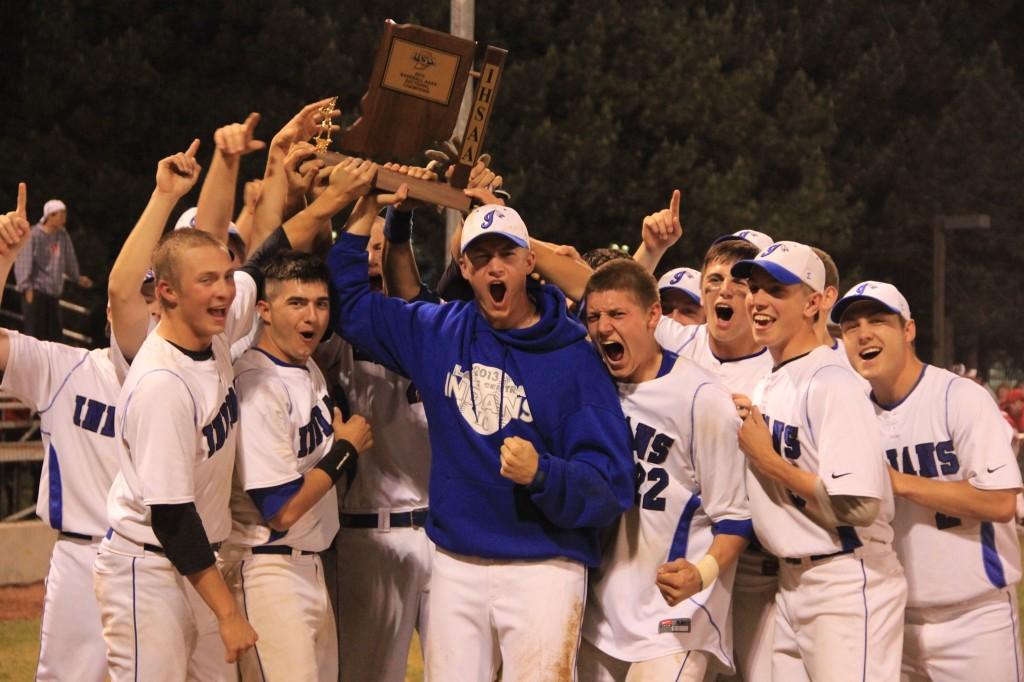 Michael Jackson would be proud: This one was a thriller.

The Indians snatched victory from the jaws of defeat on the bats of some star-studded seniors. Over the course of the 6-5 W over the Mustangs, Ryan Burvan (12) set the table, and Anthony Schneider (12) made sure the Tribe had enough to eat.

“We didn’t want this to be our last game as seniors. We’ve played with each other since we were 10, 11, 12, and we just didn’t want to end here,” Schneider said.

Southpaw, Charles Alexa (11), entered the game in a jam, but remained cool as the other side of the pillow. The Indians were trailing 4-2 in the top of the third inning. With runners on first and second and no outs, he was in charge of cleaning up the mess.

“I’ll tell you what, he was nails for us. That kid earned a win today, there’s no doubt about it,” Coach Jeff Sandor said.

Schneider’s walk-off double to deep center will be placed in the annals of Lake Central history. It is appropriate that he would deliver something so memorable on Memorial Day.

“I was just looking for a fastball first pitch. I just missed it, then I got that one and just took advantage,” Schneider said.

Citizens of LaPorte, brace yourselves. A team of destiny is invading your high school on Saturday. And they are loving every second of life after euphoria.

This story can be read on my blog, the Jimtionary.