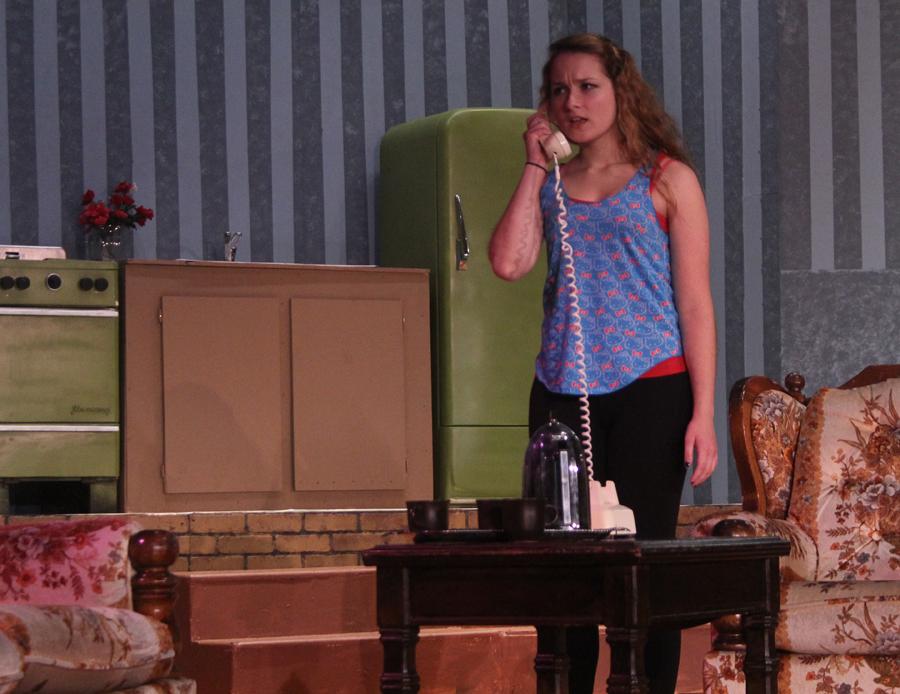 While most people see summer as a time for backyard cookouts, days at the beach and time away from school, members of Lake Central’s theater company have been hard at work to bring Neil Simon’s “The Prisoner of Second Avenue” to life.

“I started participating in theatre during a summer show, so it has become a sort of tradition for me to do them every summer,” Paige Kruk (12) said.

The play, set in 1970s Manhattan, tells the story of a married couple, Mel and Edna Edison, struggling to overcome unemployment, noisy dogs, burglars and some not-so-nice neighbors in the apartment upstairs. Because the show takes place in one setting, the crew has been able to make sure that the set looks like a real New York apartment.

“Things came together relatively quickly for this particular set, I’m very excited, there were a few stumbles along the way, but I’m very proud of the way things have unfolded thus far,” Juliet Johnson (11) said.

The company’s summer show is open to the entire community, giving a chance for new, current and returning company members to work alongside one another.

“[Working with the alumni] is one of my favorite things about the summer shows. You learn so much from them because they have done shows for longer. Having the alumni participating in the shows gives them a more professional feeling while remaining relaxed and fun,” Kruk said.