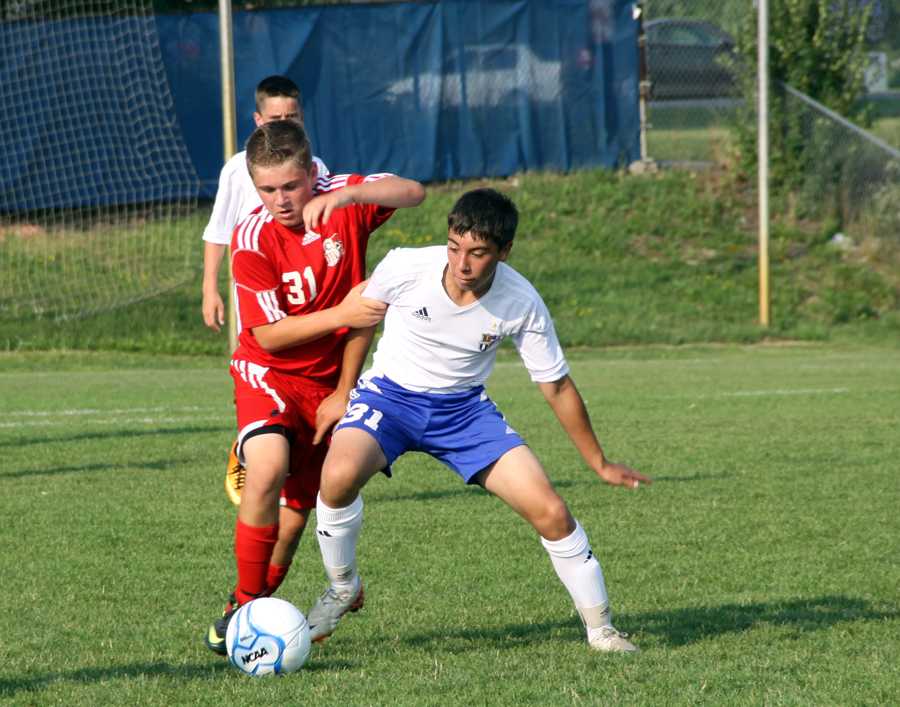 Eric Santiago (10) fights to take possession of the ball. The JV boys tied 1-1 with Crown Point.

On Wednesday, Aug. 21, the JV boys soccer team stepped onto its home field with a purpose and the determination to not let each other down. They didn’t come out with a victory, but they came out with the next best thing; the boys tied 1-1 with Crown Point.

Fists were pumping and fans were cheering in the last minute of the first half of the game when Chandler Duncanson (10) scored the only goal of the night for his team.

“It feels really good that I scored because it was the last minute of the first half,” Duncanson said. “It gave us motivation.”

Crown Point scored a goal in the second half, but the boys were able to hold them until the very end.

“Everyone worked really hard and stepped up to where they needed to be,” Duncanson said.

The boys were pleased, but not satisfied, with the way they played on Wednesday and are looking forward to the rest of the season.

“I think we did good for our second game. We still have a few things to correct, but I think we’ll all come together and be great. [The JV team] has good chemistry,” Eric Santiago (10) said.