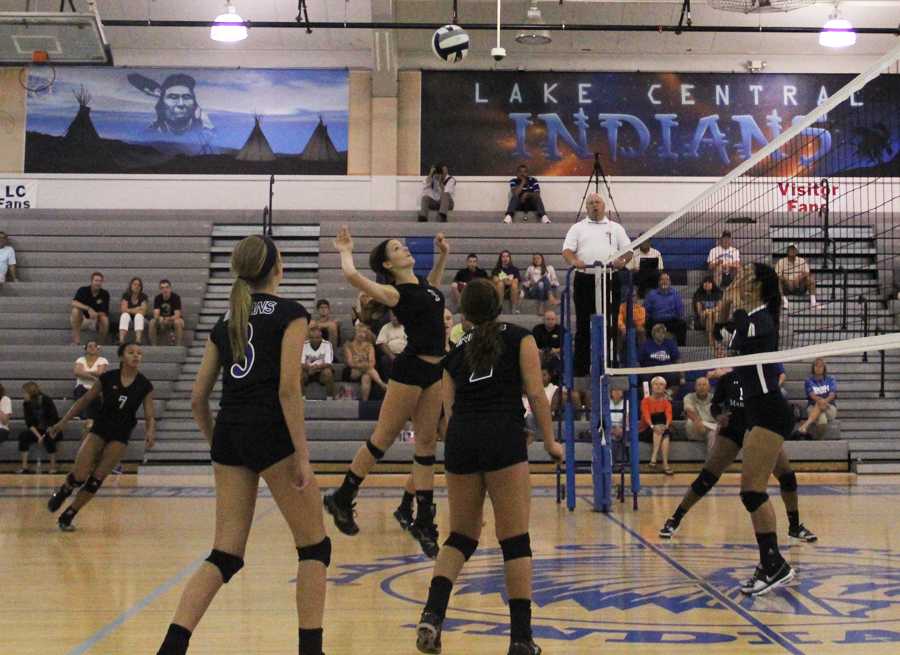 Victoria Gardenhire (10) approaches an attempt to spike the ball toward the other team. Gardenhire has been a starter on the varsity team since her freshman year.

As fans gathered in the LC gym, the varsity volleyball team warmed up and prepared for a game that would set the bar for the rest of the season. Nerves and excitement came over all of the players, especially captain Megan Malantestinic (12).

“I was excited because it was the first game after such a strong postseason. It was a good win to start off the season and now we’re prepared to play better teams,” Malantestinic said.

The girls fought hard, and took the match against the Marquette Blazers in just three sets. The final scores of all three sets were 25-10, 25-14 and 25-16 all in favor of the Indians.

“We couldn’t underestimate any team and we had to make sure we played to our highest ability the entire match,” Taylor Ellis (11) said.

With such a huge win, the bar is set high for the rest of the season. The players have goals in which they wish to achieve over the course of the year.

“We want to win against Munster, Crown Point, and Valparaiso really bad. We want to have as good of a finish this year that we had last year,” Malantestinic said.

The next varsity volleyball game is Monday, Aug. 26 at Highland.