Cross-town rivals take it to courts 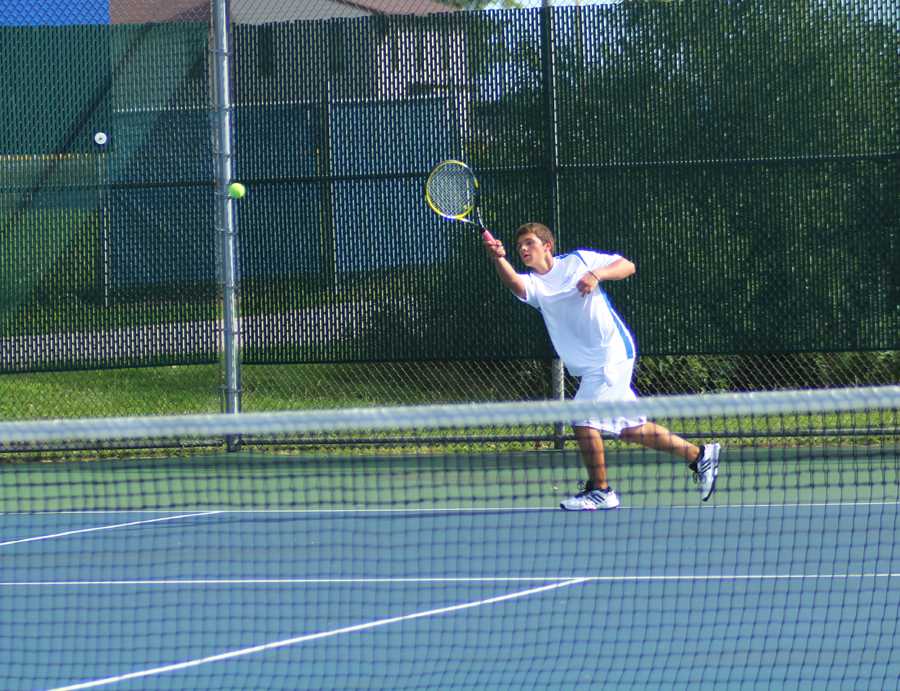 Brett Balicki (10) warms up before his match on Tuesday night. He and his doubles teammate, Nicholas Brandner (11) won their set.

After a long Labor Day weekend, JV boys tennis got back into the swing of things. On Tuesday, Sept. 3, the boys fell to the Crown Point Bulldogs with a final score of 5-3.

Although some view Crown Point as a major cross-town rival, assistant coach Josh Wiersba has a different mind set.

“Every team is a rival for us,” Wiersba said.

Despite the battle, the team fought hard. Toward the end of the night, two sets of doubles came out on top, even though the team lost as a whole.

“I kept telling my teammate [Nicholas Brandner (11)] to keep his head up, and at the end we came through,” Brett Balicki (10) said.

Now that the boys have played their seventh game of the season, the coaches are seeing the players pick up their game.

“Everyone improves after every match, whether it’s mentally or physically,” Wiersba said.

The team still has a busy schedule ahead of them. This Saturday the team will be hosting a tournament at 8 a.m.