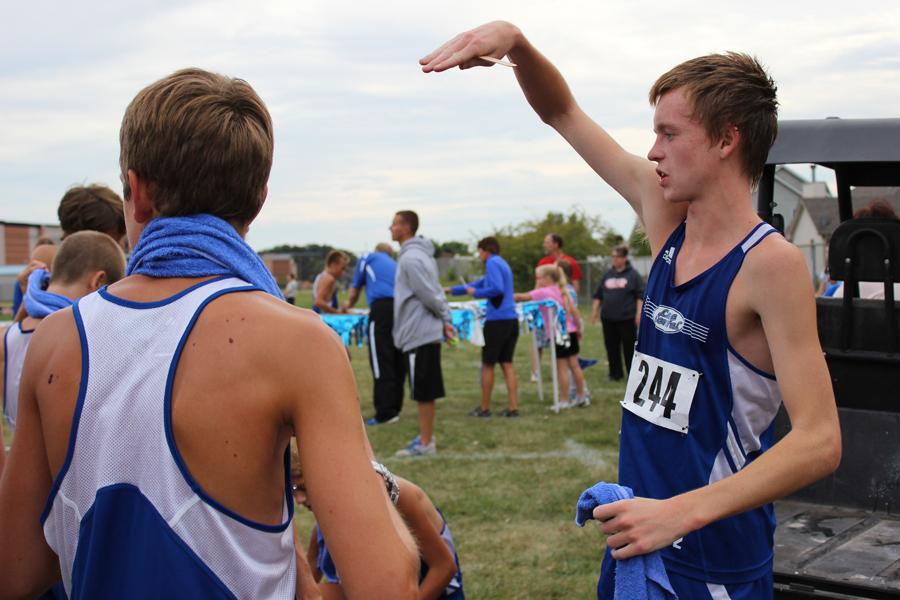 Steven Sweeney (10) recaps the race with some fellow teammates. “I think the race went well because we all worked together, but we still have to improve on things like speed,” Sweeney said.

“We usually do better, but we had a hard practice yesterday, so our legs were sore,” Casey Garvey (10) said.

“We are doing a lot better than other teams thought we were going to do,” Garvey said.

Tuesday’s race was the boys’ seventh one of the season. The boys are striving to continue getting better as the season progresses.

“We had a bigger image in our minds than winning the race. We are looking forward to our post-season in October,” Colin Chenoweth (11) said.

On Saturday, the cross-country teams will travel to New Prairie for their next meet.