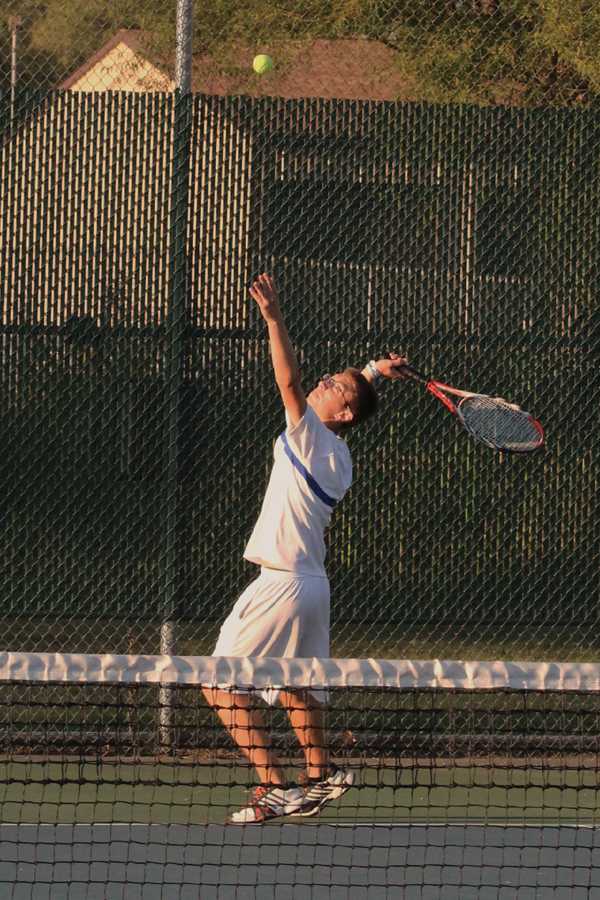 After the originally scheduled date for the Michigan City match on Thursday, Sept. 19 was rained out, the boys met with the Wolves at home the following Wednesday, Sept. 25. Both the JV and varsity boys took part in their final match of the season before Sectionals, and finished with a bang and a final score of 4-1.

“They’ve definitely grown as a unit as a team. They’ve just grown mentally and physically within the game of tennis and they understand that you’ve got to take each point as it comes and if you make a mistake to just let it go,” Assistant Coach Josh Wierzba said. The end of the season approaches with a bittersweet close as teammates bid the seniors farewell, but it isn’t the end just yet — Sectionals is the next chapter for the boys this season.

“You always expect your kids to win, and if we didn’t expect them to win, I don’t think we’d be expecting enough from them. It’s a tough Sectional force, but as long as they try their best, it’s all we care about. Crown Point is the favorite [for Sectionals], but with how we’ve been playing the past two weeks and play smart tennis, we could beat them out,” Wierzba said.

The JV and varsity boys tennis teams have become a force to be reckoned with over the course of the season as certain players honed their skills and stepped up their game.

“At Sectionals, I expect to see our team play to the best of our ability and win some matches. Chase Owczarzak (11) has really stepped up his game from last year,” Raymond Pollalis (11) said.