If your friends don’t dance 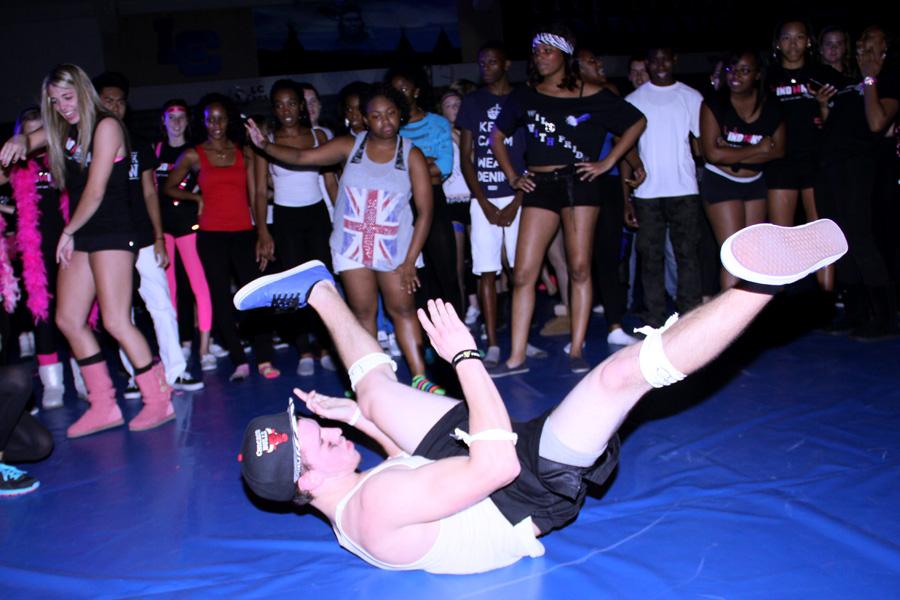 Matthew Lambertino (12) break dances at the Homecoming dance. The dance took place on Friday Sept. 27 after the game.

The homecoming dance took place Friday night, Sept. 27 in the gym. The annual dance has been a Lake Central tradition, but this year there was a significantly smaller number of students who attended.

“I thought the beginning [of the dance] was really fun, and I liked the set up this year. There were not as many kids as I thought there would be,” Christine Foreman (12) said

For some students, price was an issue. The cost of admission to the dance was $10, and football game tickets were $6 each. Add that to the cost of homecoming shirts, concession stand food, and other homecoming necessities and the total starts getting pricey.

“I think more people would come if the football price was included with the dance ticket,” Michelle Gentz (12) said

Instead of participating in the dance, some students chose to celebrate Homecoming by going out with friends after the game.

“I bought a ticket to the dance, but then I ended up going out to eat with my friends after the game,” Stephanie Foster (10).

Do you think the homecoming dance should be discontinued? Let us know by taking the poll.