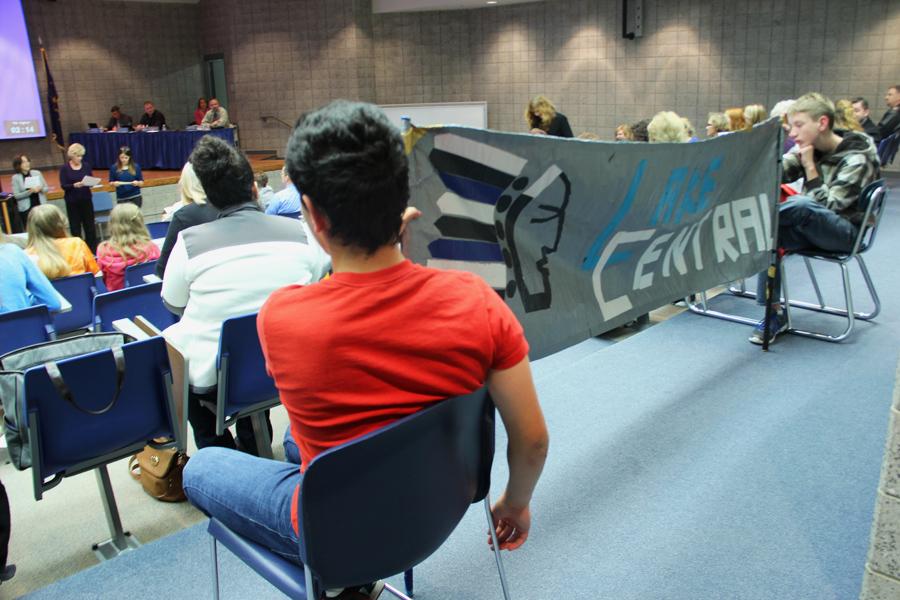 The school board meetings are great meetings for special individuals at Lake Central to be recognized. As well as the recognitions, these board meetings are significant in conducting business in the public and going through varied information, such as updates on construction and issues concerning clubs at LC, for board members to make educated decisions.

“The school board meets twice a month, once on the first Monday and the third Monday of each month, always at 7:30,” Mr. Robin Tobias, Principal, said.

These meetings are not meant for the public eye, so they are not usually announced like other meetings are.

“The purpose of the school board meeting is not for the public; it’s really to conduct business in the public,” Mr. Tobias said.

Several board members were also present to make the major decisions.These decisions included information about deadline days for the new building and the dates that each section of the building should be up.

“Their routine up there as board members is really contained amongst themselves to go through the information and make educated decisions. They’re all elected officials, so they’re there on behalf of who elected them,” Mr. Tobias said.

Mr. Tobias made sure to prepare himself efficiently enough for the meeting on the night of Nov.4.

“Prior to each board meeting, I’ll review an agenda that they usually post publically. That usually comes out a couple of days before the board meeting. Often times I have reports to prepare. I have a time frame that I have to gather the information, collect the data, put it into a format that I need to present to a board,” Mr. Tobias said.

The school board meeting covered any present issues with clubs, reconstruction, or anything else among the Lake Central School Corporation. Mr. Tobias’s information gathered helped with the presentations of general information concerning construction, such as date deadlines for certain sections of the building and the dates for visitations at the new building. Board members will be meeting next on Nov. 18.