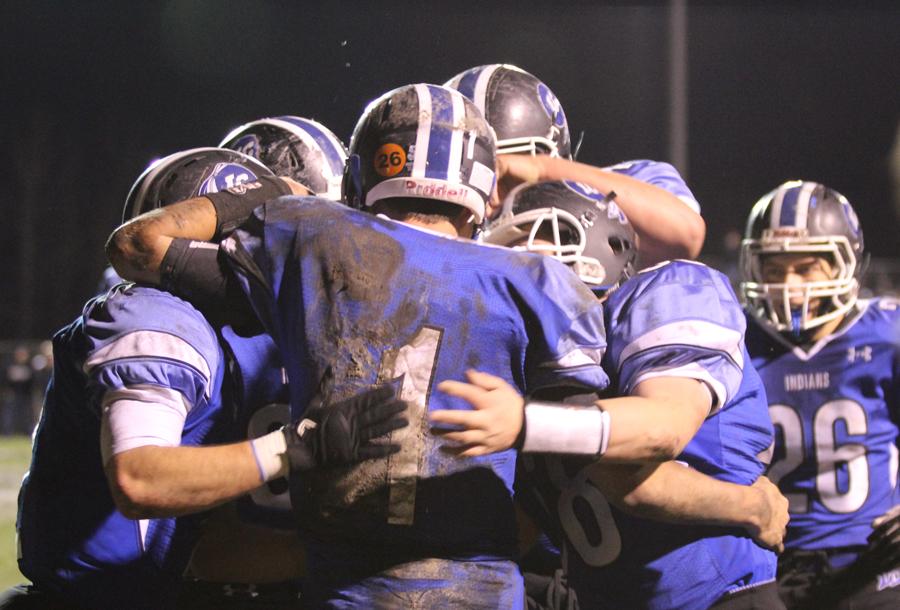 We lost. There is no easier way to say it. The final score for the Nov. 8 Regional game was 33-6, Penn. But here is the key word:Regionals.

We made it to Regionals; a feat no Lake Central team has been able to accomplish in 14 years.

“Eight teams in the state of Indiana made it to Regionals. Who would have thought Lake Central would be one of them. And to factor in all the injuries we have had all the [stuff] we have had to deal with, what we accomplished was phenomenal,” Coach Brett St. Germain said.

The game started early with a 6:30 p.m. start. Seven minutes in, Penn scored the first touchdown. They scored twice more, shutting out the Indians in the first half, 20-0.

“No. 1 team in the state, 11-0, we were not going to let that factor into our game. But this team overcame so many different things, and to be the first team to beat Merrillville, the first team to win a Sectional title since ’99, we have completely turned this program around,” Alec Olund (12) said.

The only time the team managed to break through Penn’s defense was in the third quarter when a pass from Ethan Darter (10) connected with Olund. The kick failed and those six points were all they got.

“I am going to take this as motivation every single minute. I am going to keep going harder because I know I hate this feeling,” Darter said.

The Indians defense, which is usually like a brick wall, let two more touchdowns slip past them in the second half. Penn had five total, resulting in 33 points.

So no, we did not win. We cannot call ourselves Regional Champions, but what this team has accomplished means so much more for the program and for the school.

“What I am really happy about that this team came together in a time when we needed to. I am going to hold that in my heart. To all these underclassmen, just do not take it for granted because it will be over like that, and it kills me to think I will never play again. There is a spark in football. There is nothing like it in any other sport and I love these guys,” Olund said.