Coming out with the win 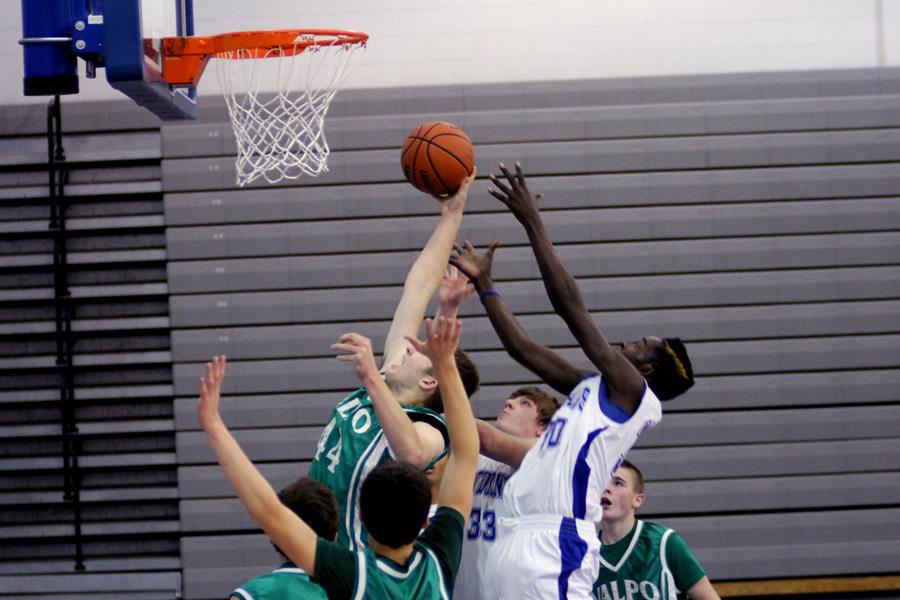 Norell Smith (9) jumps to block the shot being taken by a Valparaiso player. The attempt to score was unsuccessful and Smith caught the rebound.

On Nov. 26, the freshmen boys basketball team faced off against Valparaiso. The Indians came out victorious with a score of 31-30.

Although the boys won the game, some players feel like they have techniques to work on.

“I thought we played badly, like we could have done a lot better,” Norell Smith (9) said.

By the end of the third quarter, Lake Central was ahead 25-20.

“Even though we won, I think we didn’t do well with scoring, passing and defense,” Smith says

Valparaiso caught up with Lake Central in the middle of the fourth quarter. The two teams were tied 28-28.

“I don’t think we know the plays well enough. We could have done better if we just learned the plays,” Joseph Graziano (9) said.

By the time the final buzzer went off, Lake Central was in the lead with a score of 31-30.