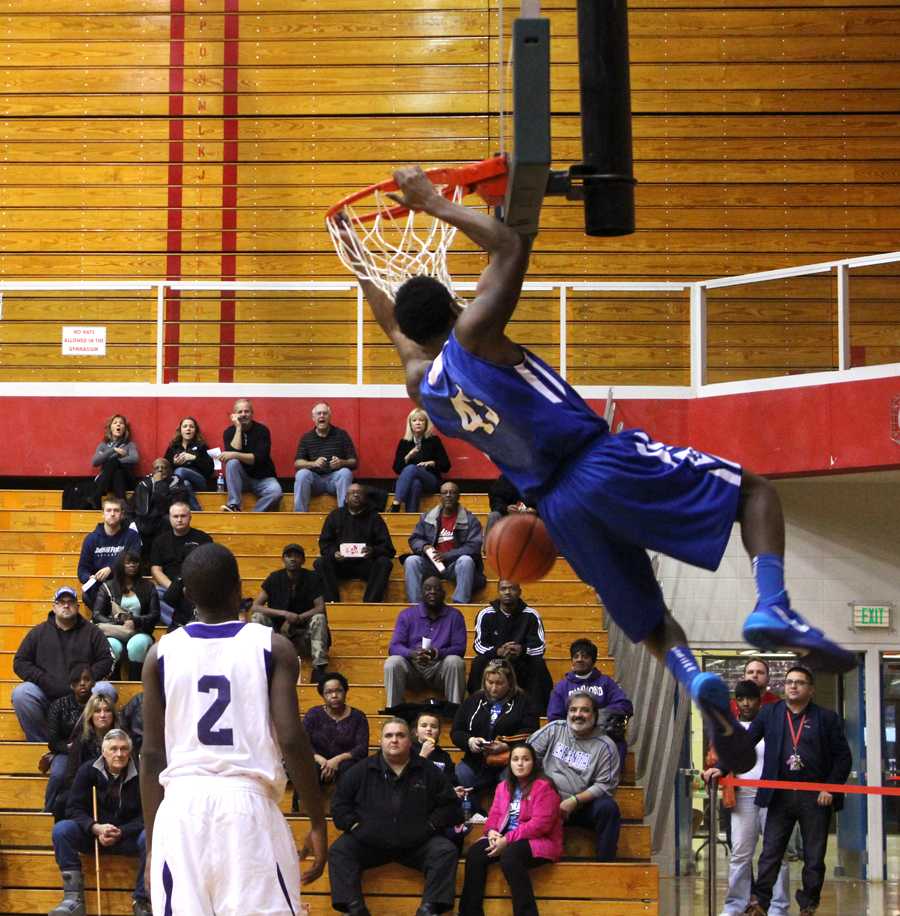 Tyler Wideman (12) slam dunks the ball over many Wildcats’ heads. Wideman has signed to play basketball for Butler University next year.

No, the Turkey Bowl is not a new Thanksgiving dish to be served at your next family dinner, but if it was, the ingredients would include the Indians, Hammond High Wildcats and a blowout win. On Nov. 30 at 4 p.m., the Indians and Wildcats competed in the annual Turkey Bowl at East Chicago High School, resulting in an LC victory with a final score of 75-44.

“We knew we were going to win right after tipoff. We came out with really great energy,” Joseph Bannister (11) said.

LC was favored to win with their veteran core starting lineup consisting of Tye Wilburn (12), Tyler Ross (12), Cory Dickelman (12), Tyler Wideman (12) and Joseph Bannister (11). Ross led the team in points with a total of 15 for the Indians.

“We have extremely experienced players this year and a great coaching staff that is always out scouting our opponents and making us better each week in hopes to win a State Championship this year,” Tyler Ross (12) said.

The Indians’ next victim will be the Cougars of Gary West Side on Dec. 11 at home.

“We’re preparing by having a full week of practice, having really good practices and scouting the other team by going over their plays,” Bannister said.