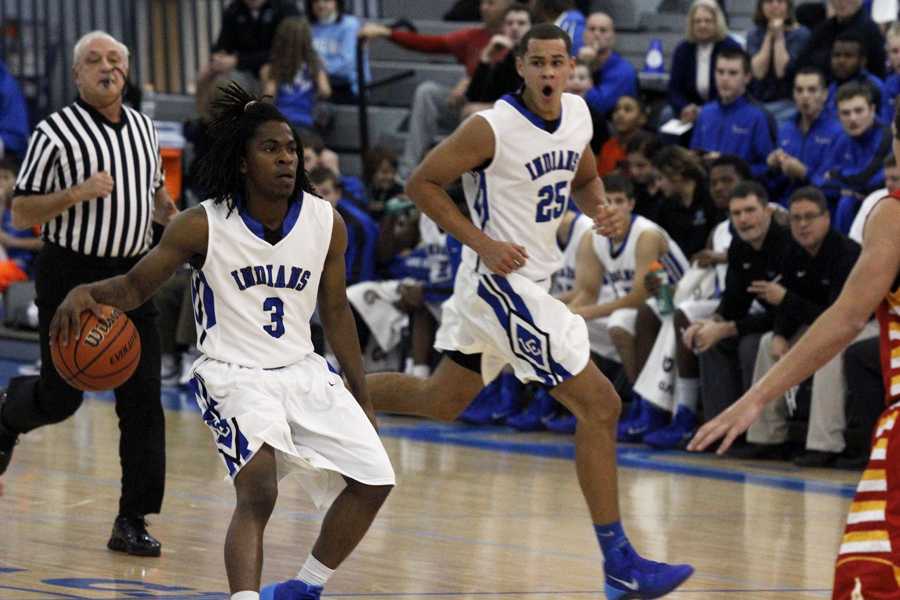 While taking the ball down court, Robert Ryan (12) encounters the opposing team. His teammate, Tyler Ross (12), yelled to Ryan to pass the ball to him, being unguarded at the moment.

The boys varsity basketball team started out their season with a home court advantage against Andrean on Monday, Nov. 25, defeating them with a final score of 79-37.

“The coach talked about how winning the game wasn’t just for us, but for the people of the community, so we went out there and did it for them,” Robert Ryan (12) said.

Though the season just began, the senior-heavy team is already looking ahead towards later opponents as well as State Championships.

Even though they had a successful first game, there is still much work to be done.

“As a team, we definitely need to communicate more. Individually, I need to be less selfish with the ball,” Christopher Tuskan (12) said.