A night of lasts 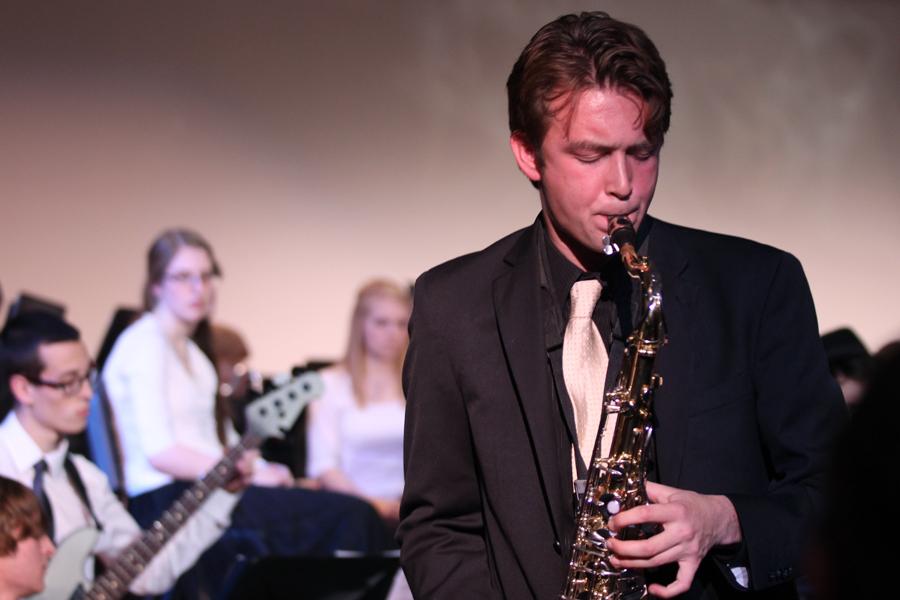 Zachary Nippert (12) stands for his saxophone solo during a Jazz I piece. The jazz students sometimes get to perform improvisational solos meaning that they get to make up the solo on the spot.

Since the move to the new academic school building is right around the corner, the Jazz I, Jazz II and Symphonic bands performed their last concert in the old auditorium.

“I’m excited to get to a new auditorium,” Mr. Christopher Harmon, band director, said. “There’s been some great performances there over the years, but it’s time to move to new space.”

Seeing that it was the last time the bands performed in the auditorium, performers thought it was important to make the concert a memorable one.

“I thought the concert went phenomenally. It felt right, and we got a lot of feedback from the audience,” Mateo Morales (11) said.

The band students have great expectations for the new auditorium.

“I’m excited because it is supposed to be a lot bigger than what we have now, and it will be a lot less hot during the concerts,” Matthew Tao (10) said.

During the time band doesn’t have an auditorium to perform in, further band concerts will take place in the gymnasium.