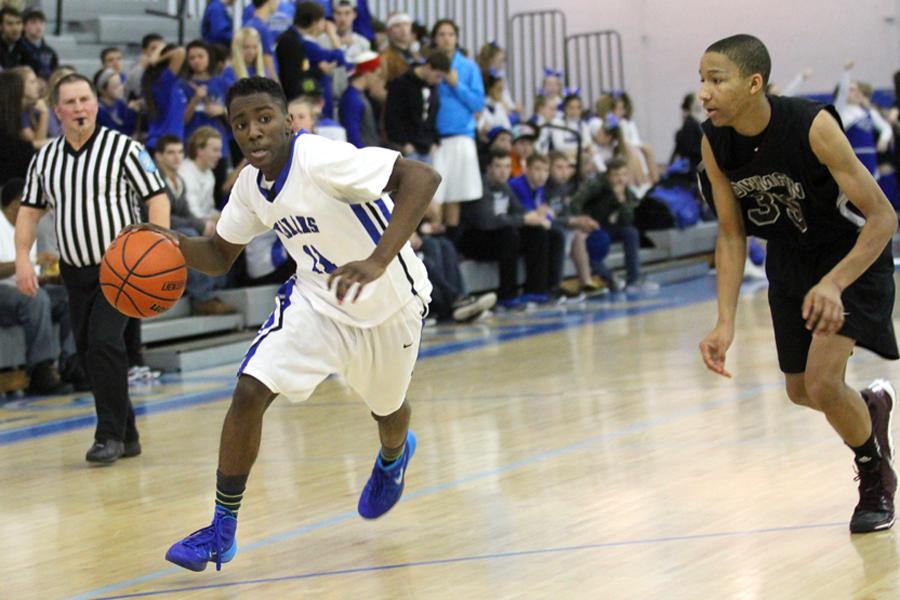 Amir Ransom (11) drilled the ball to the hoop as well as protecting the ball from Bowman’s full-court press. The Indians won the game 36-34.

The JV boys came out amped up and ready to play on Friday, Dec. 13 against Thea Bowman Leadership Academy.

“We worked well together on both sides of the court and matched Bowman’s intensity,” Skyler Smith (10) said.

The Indians worked hard throughout the game staying neck-and-neck and not allowing Bowman to take a double-digit lead.

“The biggest challenge was just taking care of the basketball against their press,” Smith said.

Coming out strong and maintaining their lead, the Indians proved they could compete with Bowman, and their strong defense kept them in the lead.

Smith contributed to the scoring with 10 points and tight defense throughout the game. Motivated to win, Smith plans ahead for the rest of the season.

“I plan to keep working hard and trying to get all my teammates to work together to win,” Smith said.