One shot, one chance 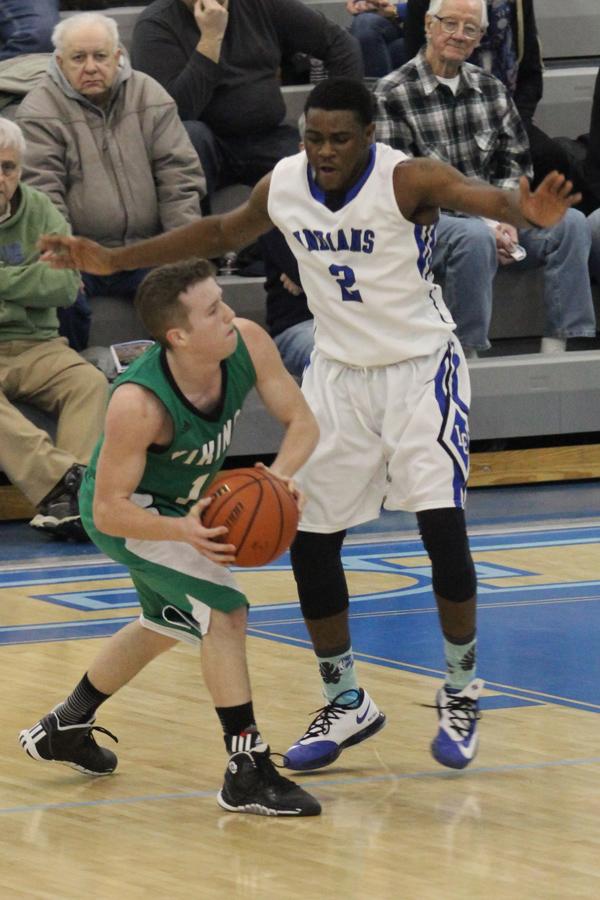 Tye Wilburn (12) guards a Valparaiso rival. Wilburn is a guard for LC.

On Jan. 24, the varsity basketball teams from Lake Central and Valparaiso battled it out. The final score was 48-47, where LC defeated Valpo in overtime.

“The best things we did were stay strong and stay positive throughout the game, and afterwards I was ecstatic that we pulled through, it was such a crazy game,” JosephBannister (11) said.

Even though there was yelling between the coaches and referees, sweat and perseverance was shown from both teams but, LC came out on top that night.

“The only thing is we should have done better is move the ball around and play defense, ” Bannister said.

In the last few seconds of the game, Tyler Wilburn (12) missed his free throw shot and Tyler Wideman (12) put in right back in and tied the game. Making the score 36-36 and the game going into overtime.

“Coach [Milausnic] just told us to keep our heads up and stay positive and keep going,” Bannister(11)said.