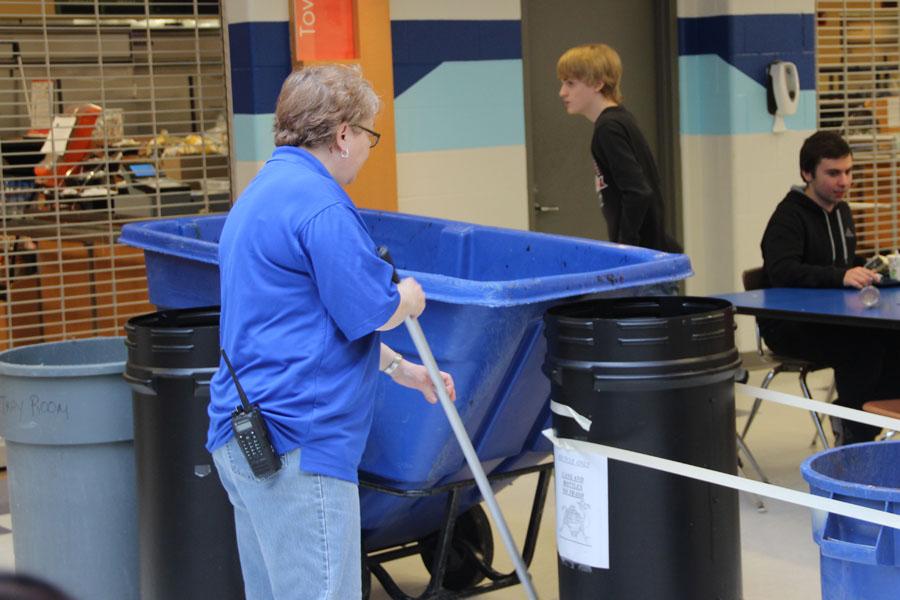 A custodian mops up the floor in the north cafeteria on Feb. 20. The garbage cans were their collecting water that was coming in through the ceiling.

On Thursday, Feb. 20, the north cafeteria was not only filled with students, but also with large garbage cans to collect water that was leaking through the ceiling.

“The whole roof is covered with 4 feet of snow, and it’s going to get worse before it gets better. Even the new school is leaking,” Mr. Tom Rainwater, Head of Maintenance, said.

The cafeteria is covered by a flat, 25-year-old roof. During times of excessive snowfall and rain, the temperature rises and water leaks through the ceiling.

“It would be financially irresponsible to go up there and replace the roof and, four years from now, tear it down,” Rainwater said.

Not only is there water leaking in the cafeteria. It’s also a problem on the third floor, and C131 was vacated because of the water in the classroom.