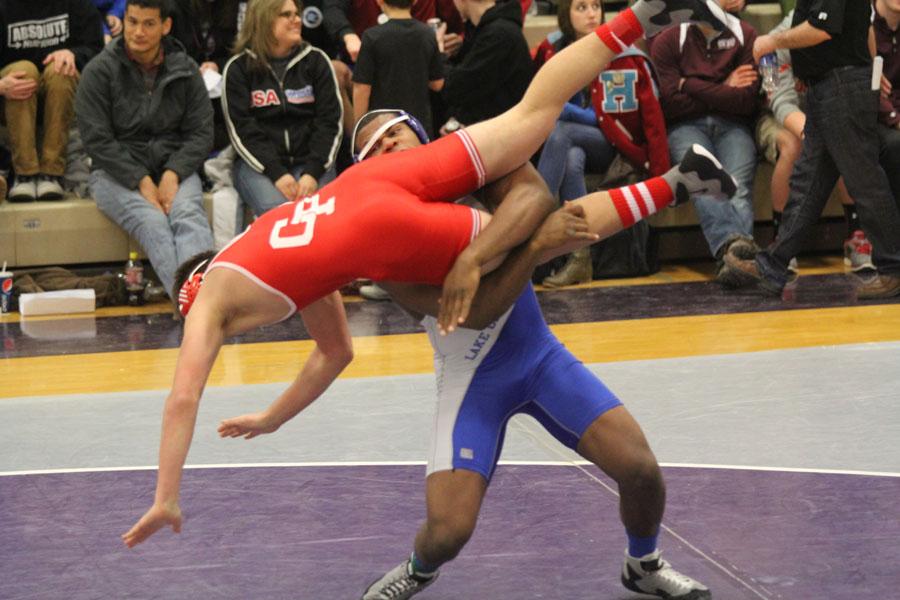 They have done it again. The wrestling team has fought hard to send down two fierce competitors, Gelen Robinson (12) and Jacob Sebahar (12) to the State competition on Saturday, Feb. 22, in Indianapolis.

“Going to State is amazing because it is my senior year. I know it will be my last time getting to compete in this sport, and I’m glad I finally get to wrestle in the biggest tournament of the year that everyone has been looking forward to,” Gelen Robinson (12) said.

With a single-elimination Semi-State tournament eliminating all but four from each weight class, both Robinson and Sebahar are making the trip down to the final arena. Although they will be the only two Indians competing, they will not make this journey alone. With coaches, friends and family driving down to watch, the boys have a solid support system traveling with them.

“I know quite a few of my teammates are traveling down to watch Gelen and Jake, and I wish I could be going with. Even distant relatives of both boys have been talking about coming down to cheer them on,” Jacob Stewart (11) said.

Robinson will be making his third consecutive appearance at the State Championship for wrestling. Winning first in the 220 lb weight class last year, Robinson hopes to grasp another victory.

“Wrestling at State is an incredible experience. Just being in the stadium with thousands of people watching your match is amazing. At State every match is more intense because, for one the competition is much better, and because all the fans in the stadium get into your match. The only thing I’m looking forward to is defending my state title. There isn’t a specific person I want to wrestle. I’m just going into State looking at one match at a time hoping to do my best,” Robinson said.