They came in with a bulldozer 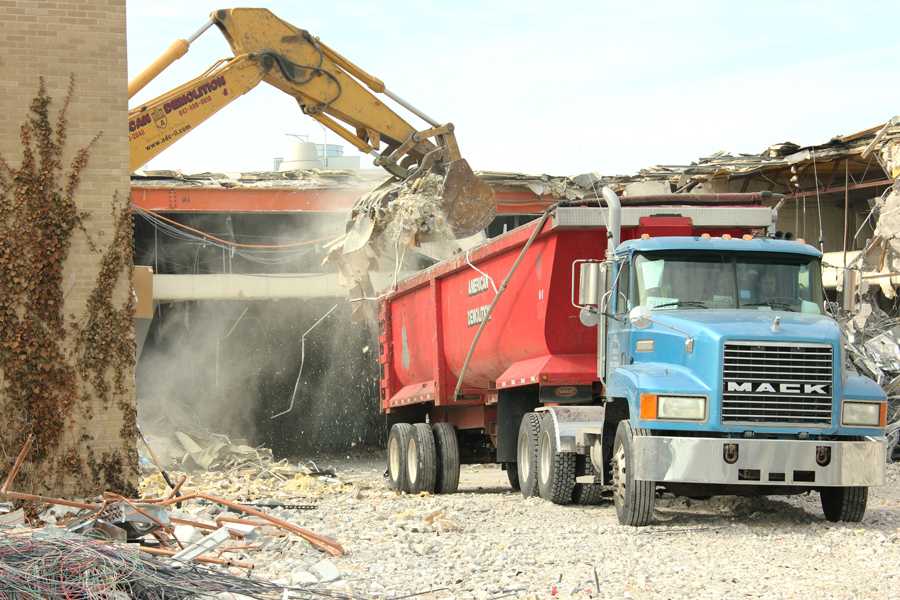 Construction workers begin hauling away debris from the demolition site. A fence was constructed around the perimeter of the school to keep away unauthorized personnel from getting too close.

The time has come to tear down the old school and add on to the new West Wing. Demolition began on Feb. 26 near the junction of E-Hall and the crossover hallway from the old main entrance to E-Hall.

“This is going to take quite a while. It’ll be faster than expected, but it’ll take a while to bring down the building and eliminate the debris from site,” Mr. Robin Tobias, Principal, said.

As construction workers continue to tear down the old school, plans of building the new continue. Phase Two of the construction plan includes the building of the new band and choir rooms, as well as the new auditorium.

“We will be moving the band and music people down in the new wing, as well as theater, hopefully by August of 2015,” Mr. Tobias said.

Once the demolition phase has been completed and the site leveled, construction workers will begin setting the foundation of the new school, similar to what they did when constructing the West Wing.

“We could be looking at December of 2016 or January of 2017 for all construction being complete,” Mr. Tobias said.