Anger over sit-in won’t solve anything 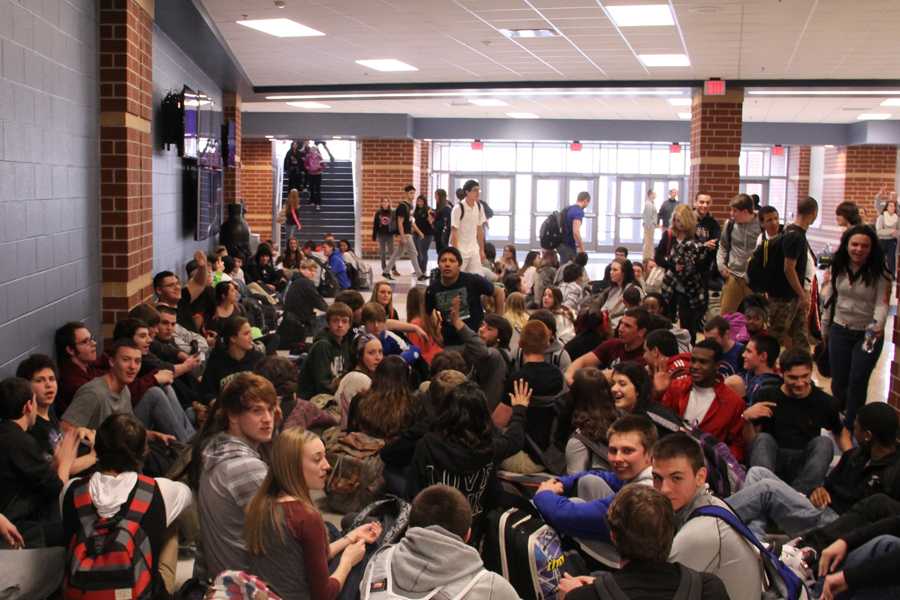 It took less than 24 hours for coverage of Wednesday’s sit-in to make its way to the Post-Tribune and Sun-Times media, Northwest Indiana Times, Twitter, Reddit, LiveLeak and YouTube.

It took less than 24 seconds for students to form opinions of the administration, who only did what they were supposed to do as school leaders. Our community rushed to judgment and need to know some facts behind the issue.

Students are trying to justify their actions using the First Amendment, which grants all people the right to assemble and protest peacefully.

Some say that the First Amendment does not apply to students; however, in the 1969 Supreme Court case Tinker v. Des Moines, it was ruled that, “It can hardly be argued that either students or teachers shed their constitutional rights to freedom of speech or expression at the schoolhouse gate.”

Those rights, though, are limited.

Students do have the right to peaceably assemble off school grounds after school hours. But on school grounds, during the school day, the courts have upheld that a student’s need to learn often supersedes their Constitutional rights.

Students are not the only ones bound by laws.

Given that the deceased was no longer a Lake Central student as of February, the school had no obligation to announce his death. By that logic, we would have to announce the death of every Lake Central alum.

Also, because of the Family Educational Rights and Privacy Act, the school’s hands are tied in regards to releasing information of current or former students. Theoretically, the family of the deceased could turn around and sue Lake Central if they had made an announcement against their wishes for privacy.

Considering the legalities, Mr. Robin Tobias, Principal, acted as he should have.

Really, how would you handle being ganged up on by 200 students?

How much sleep do you think he has gotten in the past five days?

Why are we blaming him for following the law?

Frankly, it is upsetting to see students, parents and complete outsiders to the corporation insult Mr. Tobias and make him out to be, “a clown,” “shameful,” or “a bully.”

Students and parents: Mr. Tobias does, indeed, have a heart. He, along with the other five principals, eight guidance counselors and other administrators are not indifferent to the situation placed on Lake Central. Really, their hands were tied. Should they please students by breaking the rules and also, essentially, placing authority into student hands, or follow the rules in a reasonable way? It cannot be stressed more that Mr. Tobias may not be the perfect principal (no one is), but he has done an exceptional job of handling the situation.

Local media: We’ve noticed a trend — Lake Central only appears in your papers for sports and negative circumstances. Crown Point and Munster seem to have positive stories every week. We have just as much good news going on here, but it rarely seems to get past your editors. We, as high school journalists, would appreciate if stories could feature the good in the school while still being unbiased and accurate. It’s not front page news that students are grieving.

Administrators: Recognize that students will grieve a loss, regardless of the person’s current enrollment status. Although you handled the situation well by keeping students safe and getting many back to class, perhaps compassionately explaining to students why their wishes could not be granted should have been considered. Maybe some rebellious teenagers would not understand, but 40 angry teenagers is probably easier to handle than 200.

The bottom line: protesting or sitting-in is not the way to honor a dead teenager, and mixing anger with grief doesn’t make the situation better. If students had individually and calmly gone to Mr. Tobias until an announcement was made, that would be reasonable. Gathering in the hallways and verbally disrespecting authority is not the right way to do things.