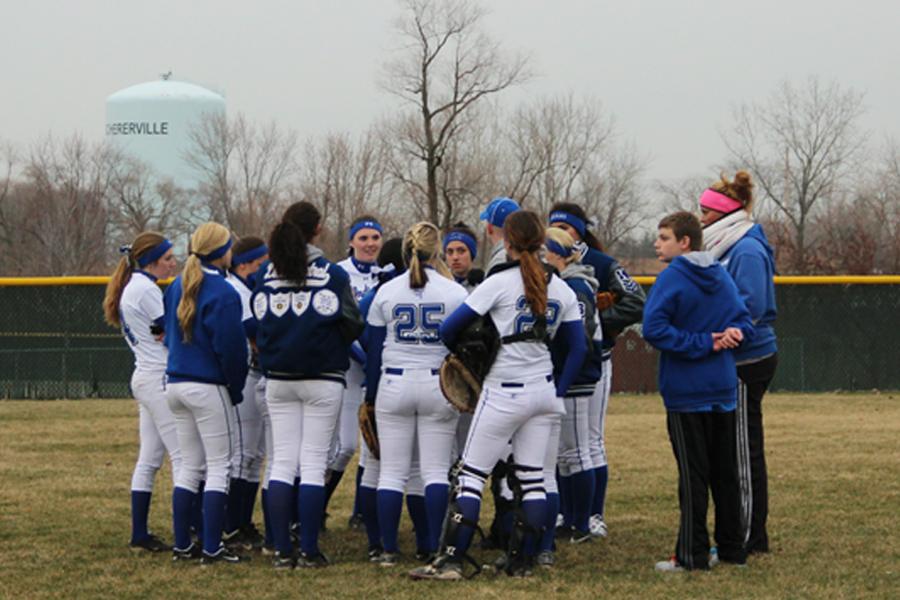 The team huddles with Coach Jeff Sherman and Assistant Coach Leslie Iwema after the game. The coaches congratulated them on their win.

At 5:30 p.m. on April 7, varsity softball had their third game of the season against Lowell High School. At their first home game, they ended up winning 10-0.

“The game was a really good start for our first home game. We hit it with a bang,” Christine Addison (12) said.

The field was covered in mud due to the rain the previous night. Although the wind was blowing freezing air throughout the whole game, the girls continued to play to the coaches’ expectations.

“I was happy to see [the team] did so well on a cold day. They worked hard and capitalized mistakes,” Assistant Coach Leslie Iwema said.

After the game, the crowd was roaring for LC. As coaches huddled the team together to congratulate them on their win, they put their hands together and chanted, “Go LC!” The team now has a 2-1 record after the game. The girls varsity team has another upcoming game on Apr. 9 against Valparaiso High School at 4:30 p.m.